The Blue Ridge Marathon has been a community built and volunteer operated since it’s inception in 2010. Over the years this race has continued to grow and positively impact the entire Roanoke Region, and now that we have more to give…we’re spreading the wealth!! The Blue Ridge Marathon is a 100% non-profit event and all proceeds go to benefit local charities with our main beneficiary being the FRIENDS of the Blue Ridge Parkway.  Since our creation we have donated over $185,000 directly to charity and have had an economic impact in the region of $4.5 million.

Learn more about the organizations and how you can help…

FRIENDS of the Blue Ridge Parkway is our primary beneficiary-

FRIENDS is a non-profit, volunteer organization that is dedicated to preserving and protecting the Blue Ridge Mountains and their views and assets. You can make a difference by joining FRIENDS! Have fun while doing a great service for your community and the outdoors. To learn more, visit www.friendsbrp.org

Other Beneficiaries Present & Past

The Blue Ridge Marathon was initially created by the Roanoke Regional Partnership to showcase the region’s incredible beauty, mountainous terrain, charming neighborhood, thriving downtown, friendly citizens and outdoor amenities. As the marathon grew, so did the need for it to become its own entity.

The Blue Ridge Marathon now operates under the Roanoke Outside Foundation, a 501(c)3 charitable organization with a mission to make outdoor activity and environmental stewardship a core component of the community’s lifestyle by promoting a “conservation through recreation” philosophy. The foundation is known for its large scale events such as this race, the Roanoke GO Outside Festival and the Radical Reels Film Festival. The Foundation also uses its resources to advocate for bike lanes, greenway completion, river access, and trail development thereby driving the community narrative toward a focus on the outdoors.

If you would like to impact the Roanoke Region in a meaningful way, please consider a donation to support the outdoors. 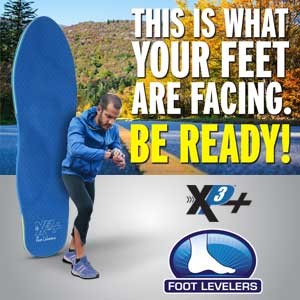