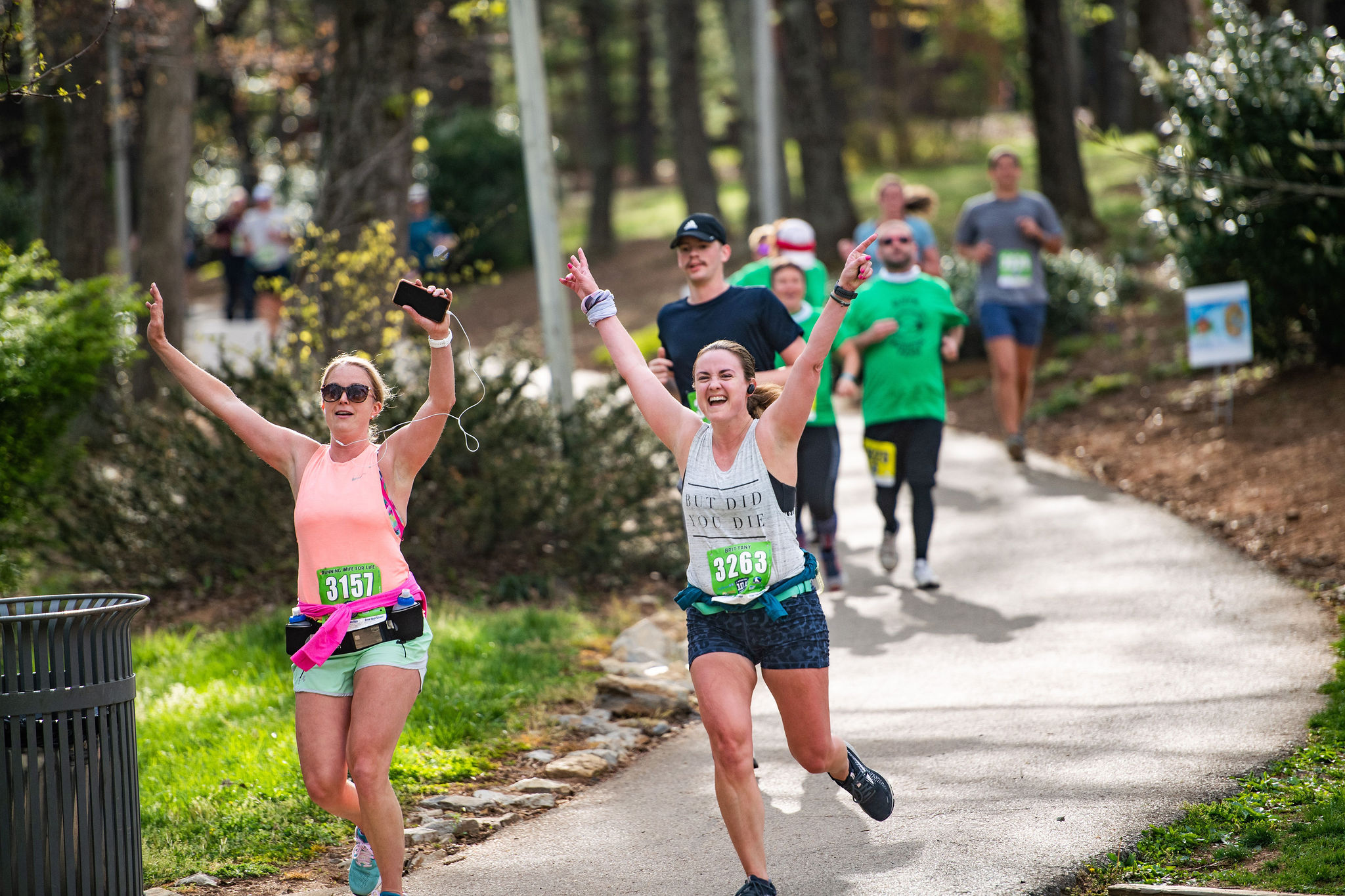 In the midst of the COVID-19 pandemic, the Blue Ridge Marathon and related festivities contributed $1,600,000 in regional economic impact. As one of the first large in-person events to be held since the beginning of the pandemic, the contribution was needed more than ever to support the regional hospitality industry which has been greatly impacted by COVID-19.

Over 2,800 runners registered for the Foot Levelers Blue Ridge Marathon, double marathon, half marathon, Freedom First team relay, Anthem Star 10K, and Carilion Family 1-Miler and the Sunday Slow-K. The running events, coupled with the four-day Freedom First Down by Downtown music festival, collectively generated a record single-year total of $1,600,000 in economic impact according to an analysis by the Roanoke Regional Partnership.

As the first large-event in downtown Roanoke since the pandemic, this event was able to set the gold standard for hosting safe, in-person events which will play a crucial role in the region’s economic recovery. A third of the jobs lost on a net basis, as a result of the pandemic, are in the hospitality industry. Polling of local restaurants, businesses and hotels showed that the weekend drove an unprecedented amount of both local and out-of-town traffic back into downtown.

“Race weekend has always had a positive impact on the businesses in Roanoke, especially the restaurants downtown,” said Jason Martin, owner of restaurants Martin’s Downtown and Sidecar. “We noticed increased traffic throughout the weekend and there were many first time and out-of-town visitors in our dining rooms. I personally observed many diners sporting marathon shirts that also stuck around for the live music. The whole weekend felt very festive!”

Post-race survey data determined the weekend created $920,000 in direct new sales activity, plus an additional $680,000 in indirect and induced spending for a total of $1,600,000. Activity surrounding the event will also support 20 jobs in the regional economy over the period of one year.

Increases represent growing participation in the race, the continued impact of the Sunday Slow-K, a steady number of overnight stays, induced local spending in local eateries and retail, and attendance of the Freedom First Down by Downtown Music Festival, which coincides with race weekend.

“It’s amazing how impactful the Foot Levelers Blue Ridge Marathon is on our region,” said Foot Levelers CEO Kent S. Greenawalt. “Over the years these races have drawn participants from all over the world creating unforgettable experiences for the attendees, race partners and our community. We see increased exposure, increased economic impact, and we continually hear stories from visitors about how beautiful and unique our region is, and how many of them never knew all that Roanoke had to offer. That’s what it’s all about.”

The number of runners participating from outside the Roanoke Region accounted for 56 percent of race participants. The average length of stay among overnight visitors was 1.9 nights. The race drew runners from 40 states and five countries.

This year, $10,000 in proceeds from the marathon went to 14 nonprofits that supported runners before, during, and after the race. Add it all up and the Roanoke Outside Foundation has donated $210,750 to dozens of local organizations as a result of the Blue Ridge Marathon.